All our tablets are SIM-lock free and compatible with all providers.

Expandable with MicroSD up to 1TB

Average scores of the Samsung Galaxy Tab A7 WiFi + 4G:

Description of the Samsung Galaxy Tab A7 WiFi + 4G

Looking for an affordable Android tablet? Then the Samsung Galaxy Tab A7 might be something for you. This device was announced by Samsung on 2 September 2020. This Samsung tablet has a good price-quality ratio thanks to its affordable price and good specifications.

For example, the Tab A7 has a large 10.4-inch display with a full-HD resolution for a high-quality display. There are four stereo speakers available for full sound. On the back you can find an 8-megapixel camera and on the front a 5-megapixel camera. Also, the tablet has a Snapdragon 662 processor, 64GB expandable storage space, and a 7040mAh battery.

The Samsung Galaxy Tab A7 64GB WiFi + 4G has a display of 10.4 inches and a resolution of 2000x1200 pixels. The display is ideal for series, videos, and multitasking, because you can also easily have several apps open at the same time.

Enjoy series and videos even more with the four Dolby Atmos speakers for stereo sound. This makes the sound even fuller and more beautiful. In this way, films, series, and games come into their own even better.

7040mAh battery for plenty of power

This device has a 7040mAh battery which will cover your energy use for the whole day. Of course, the battery duration differs per person. If you are going to play games or watch videos all day, the battery will of course run out faster. Thanks to 15W quick charging, the battery is charged again in no time.

The Samsung Galaxy Tab A7 has been released in various storage variants. It is available in 32GB or 64GB of which a small part is occupied by the operating system. Need more storage space? Then insert a memory card into the microSD slot.

The Galaxy Tab A7 64GB WiFi + 4G is powered by a Snapdragon 662 processor and 3GB RAM. For tasks such as watching series, playing a game, emailing, and multitasking, this is fast and powerful enough. Really demanding games or editing programs are less suitable.

The user manual is not included but can be downloaded or viewed here: Dutch user manual. You can also download an English version: English user manual. 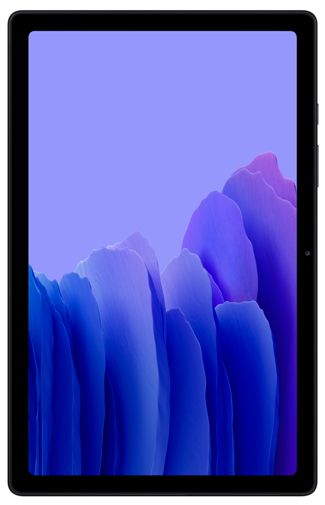